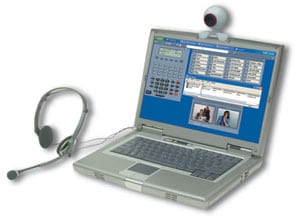 Vantage Principal Geoff Tritsch spends a lot of time thinking about technology and its myriad uses in the realm of higher education. There’s a lot to think about, to be sure, as anyone who heard him speak at the recent ACUTA Winter Seminar in Anaheim, CA quickly discovered.

ACUTA – the Association for College and University Technology Advancement – is an international non-profit association serving colleges and universities. Membership includes more than 1900 education professionals representing more than 600 institutions of higher education, ranging from smaller schools and community colleges to the 50 largest institutions in the U.S. and Canada.

A widely respected technology consultant and noted authority on technology in education, Geoff has presented more than 50 technology-based seminars at previous ACUTA events. In January, he dialed in on telephony and related issues, such as replacement strategies for outdated hard lines, softphones, Voice over Internet Protocol (VoIP) and Unified Communications.

Since the inception of the telephone over 100 years ago, the standard desktop human-to-human communication device has been the hard-wired telephone. As proprietary digital telephone systems known as Private Branch eXchanges (or “PBXs”) grew in popularity in the ‘70s, ‘80s and ‘90s, dedicated hard phones and supporting infrastructure became the norm. But as with so many other areas of human endeavor, technology is calling with new options, opportunities and challenges.

As VoIP (has emerged and gained acceptance, alternatives to the traditional proprietary hard telephone have gained ground as well. Given the fact that IP/SIP telephones range in price from $100 to $800 or more per telephone set – and that telephone sets can account for up to 45% of the cost of a replacement system – interest in “softphone” alternatives is growing rapidly.

A softphone is a computer program that facilitates phone-like communications by way of a VoIP telephone system, whether premises-based or hosted. What changes is the use of a headset or USB handset attached to a general purpose computer, laptop, smartphone, or tablet rather than dedicated hardware for the telephone set itself. 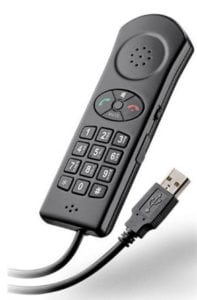 With VoIP systems already prevalent at many colleges and universities, softphone technology could significantly reduce costs to institutions across the board. But various factors have stymied the switch to softphones. While many faculty and staff members have happily embraced VoIP and softphone technology, others have been more reluctant to get on board.

In his presentation to ACUTA Winter Session attendees, Geoff explored the pros and cons of softphone telephony in great detail.

“Softphones offer a variety of convenience and productivity advantages, not to mention significant potential cost savings,” Geoff said. “But higher-ed has been slow to adopt soft phones. In the past when stakeholders were willing to embrace the changing paradigm, the attitude was, ‘Yes I’ll take one, but don’t take my hard phone away!’ That is finally changing – at least for some segments of the higher-ed population.”

There will always be those who require a traditional hard phone and those who will readily adopt new technologies. Faculty members, athletics department personnel, facilities administrators, technicians and other highly mobile workers are quickly realizing the benefits of having desktop phone functionality on a fully portable device.

“The one-for-one replacement of traditional digital or analog hard telephones with IP-connected hard phones leaves much of the potential cost savings of VoIP/UC on the table,” Geoff said. “From the telecom management and cost standpoint, this is the worst of all possibilities.

The complete video of Geoff Tritsch’s recent ACUTA seminar on telephony and related issues can be viewed HERE.

Geoff will be presenting two new technology related seminars during the upcoming ACUTA Annual Conference in April. More information about that important gathering is available HERE.