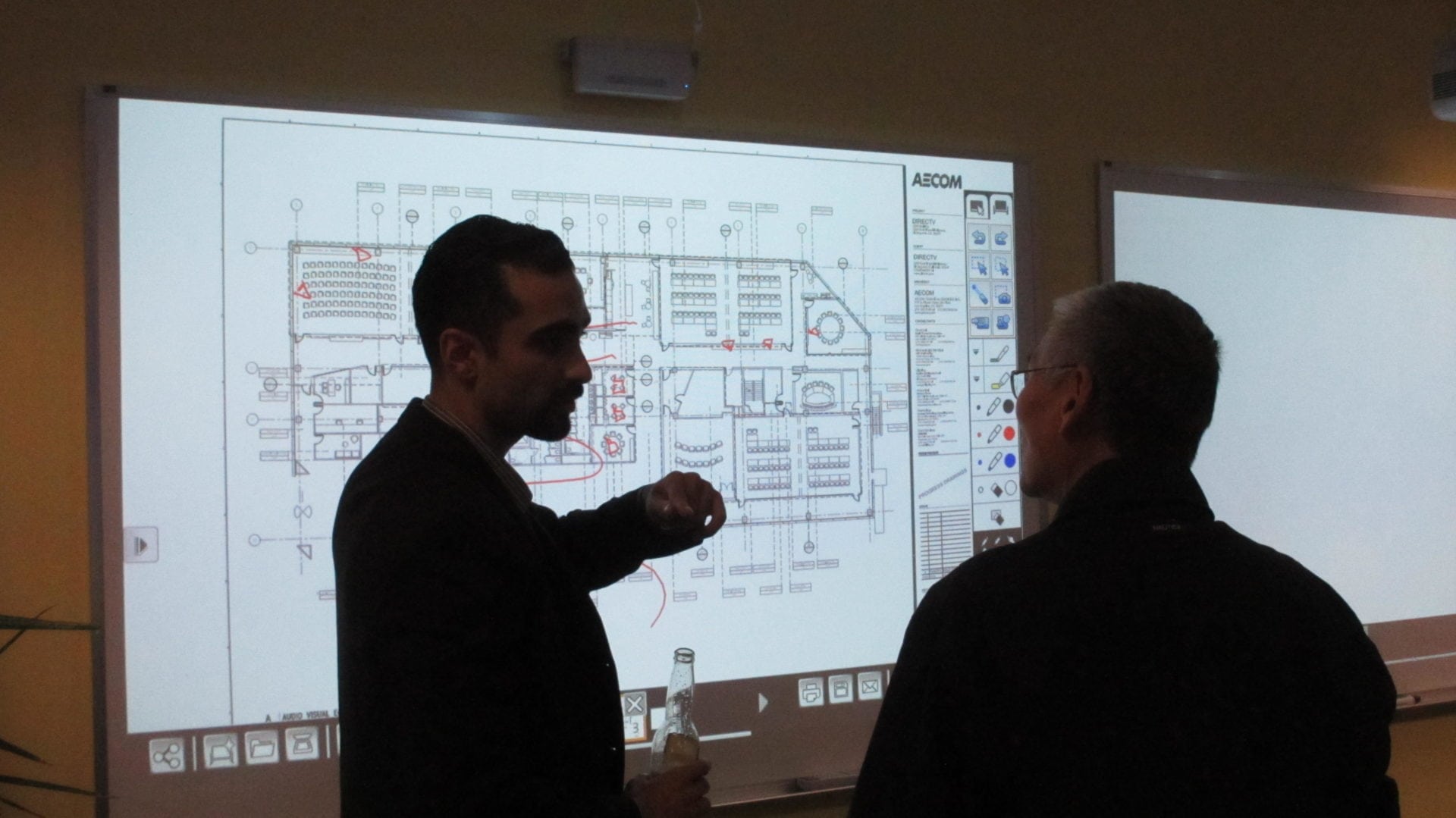 Imagine performing an EKG on yourself instantly using an app on your smartphone and immediately transmitting it to your physician, all in a fraction of the time and cost of visiting the emergency room or your doctor’s office.  Or writing and drawing directly on a wall with just your finger, then saving and printing or emailing your work to the rest of your team.  Or peering through a transparent window that, at the touch of a button, turns into an interactive touchscreen information display.  These exciting experiences were just some of the technologies that were available for viewing, testing (and playing with) at the ‘Technology Tuesday: Test Drive The Future’ event held at Vantage’s LA offices on May 5, 2015.  During this interactive event, architects, engineers and users were able to experiment  with emerging technologies that are cutting-edge today but will be commonplace in our workplaces, educational spaces and healthcare facilities in a few years time.

Entering the Vantage suite, visitors were immediately greeted by two large video walls displaying high resolution graphic content.   Guests were able to compare and contrast between the differing technologies, including a 4K video wall and an LED matrix display, and learn about the best uses for each type of display.

Other technologies on display included two interactive projectors displaying images on whiteboards.  One projector worked using the traditional ‘electronic pen’ but the second one allowed users to draw, annotate and mark-up using only a finger.  Vantage expects these projectors to proliferate in schools, colleges and universities to support the new generation of Active Learning Classrooms where small groups of students work together on a project.

Image mapping systems were on display, with a demonstration featuring a high brightness laser projector highlighting an athletic shoe.  The shoe (white in color) was decorated in different colors and shapes by the projector, allowing a potential consumer to see how the shoe would look in different finishes.  An immersive background displayed behind the shoe completed the effect.

This technology is already in use in advertising and trade shows.  However, Vantage believes that by blending interactive projector technology with image mapping systems, we can create an interactive wall that can be used in many applications.  For instance, a child in hospital can create their own unique interactive and immersive wall at the foot of their bed and can decorate the wall to express how they are feeling at the moment.  This special piece of art that they can create could be an important component that helps fuel the healing process.

Technologies also addressed creating efficiency during team collaboration and real time communication, and updates to drawings, documents and electronic models.   A  “joined interactive wall” (affectionately known as the “Siamese Projectors” or the “Double-Wide”) provided a large and seamless electronic white-boarding area that could enable the collaborative sessions often desired during the creative process. 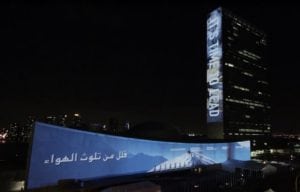 The evening was not limited to what happens inside buildings, but also addressed a platform for sharing information with a broader audience.  This year, as a part of Conservation Week at the United Nations headquarters in New York, the UN created content that informed the public of the impact of climate change.  This “electronic building painting” allowed the UN to reach a broad New York City audience by projecting content on vertical towers and horizontal spaces.  You can view the video here:

Other technologies shared that evening included Gesture Control, which allows users to manipulate images and 3D components using hand gestures; several personal healthcare devices that communicate with your smartphone to check your pulse, oxygen saturation and even do an EKG test; Google cardboard Virtual Reality goggles that use a smartphone to transport the viewer into an interactive virtual world populated by dinosaurs, take a ride on a rollercoaster or stroll through the streets of Tokyo or New York without leaving California; and a transparent display that, at the touch of a button, transforms from a clear window to an interactive touchscreen display.

Vantage plans to continue its Technology Tuesday series of events and expects to expand the roster of technology on display to include IT, security and broadcast media systems in the future.  Watch this space for more details of the next upcoming event!

Vantage Seminar on Cybersecurity at AICUP 2015