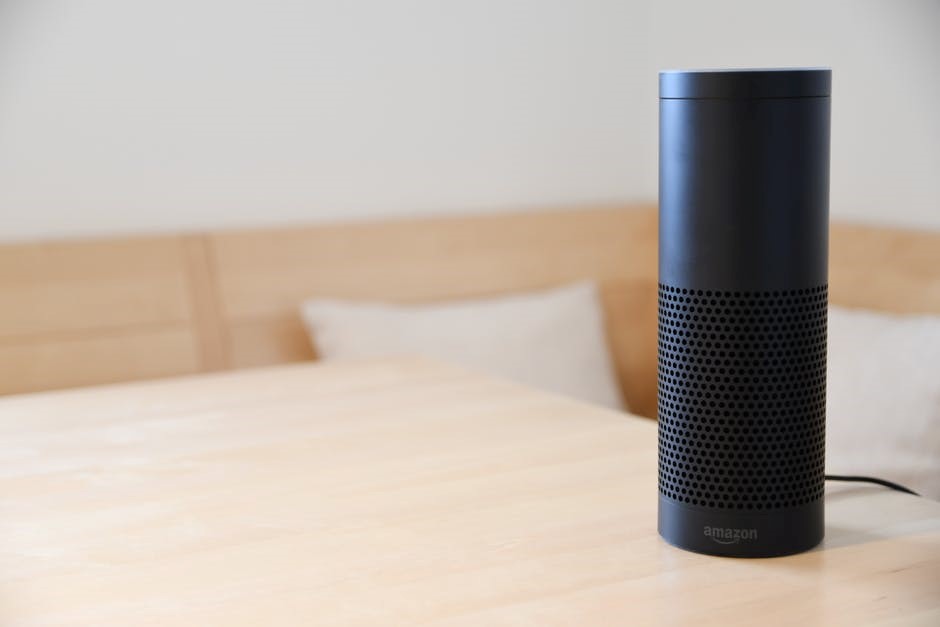 This year’s incoming college freshman are part of the “born digital” generation. They are digital natives who have grown up using digital and wireless devices and already view their smart phones as another body appendage. An increasing number of them will also be leaving a house with a smart voice-assisted or digital know-it-all in constant use. The most widely used devices in this arena are smart speakers from Amazon Echo, Google Home, Apple’s HomePod and voice-assisted devices that use iPhone’s Siri, Amazon’s Alexa and Microsoft’s Cortana.

Amazon’s Echo is the most popular voice assistant with more than 70% of the market followed by Google Home with 24% market share (image from Fabian Hurnaus in Pexels.com)

Voice-assisted devices or smart speakers use natural language processing and artificial intelligence (AI) to make it possible for machines to take human instructions and use them to perform human-like tasks. These devices can learn from their experience, adopt new skills and adjust to new inputs.

A new report from RBC Capital Markets says that as of the end of 2018, 41% of US consumers now own a voice-activated speaker (mostly Amazon Echo or Google Home devices). The use of voice-assisted devices has expanded to US households more rapidly than mobile devices and even the internet says Sanjay Pothen, Director of Emerson Launch, Emerson College’s center for innovation and entrepreneurship. While it took 20 years for the internet to get to 50% penetration of the US population and 7 years for mobile phones, voice assistants will cross the 50% threshold sometime in 2019.

How are Voice-assisted Devices Used on Campus?

Based on our analysis, we have identified 3 basic applications or use cases for smart speakers on campuses – all of which are relatively nascent in terms of maturity and adoption at this time:

Based on the popularity of smart speakers and from likely exposure in their homes, students are undoubtedly bringing their own smart speakers to campus to listen to music, ask with basic questions, play games and communicate with their families. Some schools are going a bit further by setting up pilot programs, creating specialized skills, and deploying voice-assisted speakers to larger groups of students. The cost of these pilot projects are relatively low; the Echo Dot from Amazon retails for $30 or lower at bulk economies of scales for campus deployments.

Saint Louis University (SLU) in in St. Louis, Missouri deployed more than 2,300 Amazon Echo Dot smart devices in every dorm room and campus apartment in the Fall 2018. Using a custom developed SLU skill deployed on each device, students can use their Echo Dot to get instant answers to more than 100 questions specific to the university such as “What time does the library close tonight?” to “Where is the registrar’s office?”.

SLU has a dedicated webpage and FAQ about Alexa on campus and provides support though YouTube videos.

Northeastern University is also experimenting with Amazon Echo Dots and developed a customized Alexa skill called Husky Helper. Northeastern gave Amazon Echo Dot to 60 students to see how Alexa could simplify student life. Husky Helper can assist with information ranging from dining halls, athletics, technology services and an events calendar. Somen Saha and Joel Evans, co-founders of n-Powered, designed the Husky Helper pilot by visiting the Northeastern call center and calculating the top 20 questions asked by students over the past three years. Northeastern made protecting students’ privacy a top concern and all data is stored with encryption that is “near impossible to break.”

At Arizona State, 1,600 students in an engineering residence hall were offered Echo Dots last year. The university is testing to see how students use the devices and what additional features could be added. For example, it was discovered that ASU students want more personalized answers such as “What did I get on my last test?” and “What are my current assignments?”. Questions like these pose other challenges: how would ASU and Echo ensure the user was authorized for that information and that no personal information is overheard by others? . 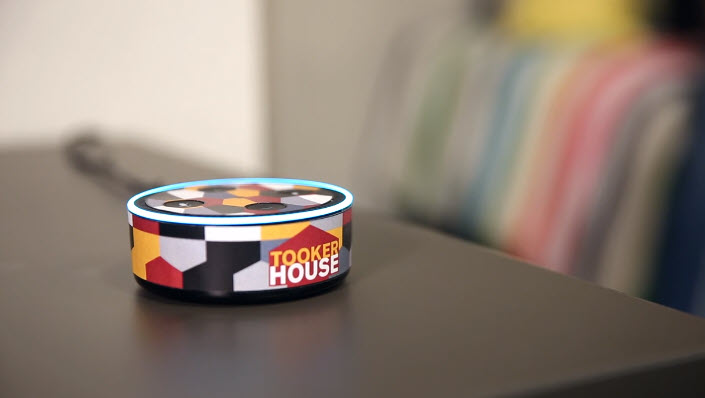 At conferences earlier this year, several early adopters reported anecdotal evidence that some students found social value in the interaction with an AI speaker, enhancing the positive impact of tutoring and counseling services.

These and other lessons from early adopters will instruct other future adopters in how best to use and deploy devices, and how to deal with the inevitable privacy issues.

As a use case for classroom automation, AI Voice Assistants have the potential to supplement or replace the complicated AV touchscreen or button panel to control classroom AV (and lights, temperature, etc.) with natural speech commands.

Microsoft recently demonstrated a modern office or collaboration space using their Cortana voice-assistant , but the pilot demonstration has yet to see widespread adoption in the office spaces we expect current students will enter after graduation.

We are aware of a few early AI Voice Assisted experiments from companies that do AV automation. For example, Crestron is making ‘plug-ins’ to interface with Siri and Alexa but much of these capabilities are focused on the home automation market.

In the home, users are more forgiving of technology ‘glitches’ such as misreads of commands or unprompted “waking”. However, in a classroom environment (or any space with an audience) the technology must work far more reliably for users to accept it. While we are working with some campus technologists on small tests and demonstrations, we are not aware of or recommending a widespread deployment to classrooms.

For voice-assistance in the classroom, this may be a case where the appliance is “good enough” for home use but not ready to work in front of an audience.

While common AI assistants may not be mature enough for center-stage, there are some similar voice-activated applications that have proven essential and meaningful to institutions. As an illustration of where voice recognition may make the greatest contributions, Vantage has developed special-use applications with related AI technologies for several of our clients, including:

Other than very rare experimentation as an accessibility tool or adjutant to the standard onboard technology, as discussed, The technology industry is not yet fully deploying voice-activation onto campus.

Voice-Assistance as a Learning Object

Apart from the dorm and the lectern, AI voice assistants may have a future role supporting student learning. Some early adopter K-12 teachers are experimenting with the technology in their classrooms, but most of the classroom skills being applied are rudimentary or a supplement to the instructor.

Some examples of use cases at the K-12 level identified in a recent article in Education Week include:

In a February 2019 survey of peer-reviewed studies into programs where K-12 students engaged with AI and voice-activated assistants, found that young students were to some limited extent building bonds with AI assistants that were able to support and encourage learning through these uses.

Graphic adapted from “Robots are becoming classroom tutors. But will they make the grade?”, Science News, Feb 16 2019

At the Higher Education level, some maker labs and other AI groups on campuses are learning developer skills by playing around with the common Voice Activated AI devices – writing software to them, modifying them, making new products, etc. – as part of a curriculum. This approach is very similar to any software development lab and follows any number of things students and professors have dismantled and rebuilt to learn about technology.

Amazon has a developer website dedicated to Alexa in Higher Education. The site is targeted at students, professors and IT administrators to develop skills for the Amazon Alexa. They have also created the Alexa Fund Fellowship program to get universities to integrate Alexa into their curriculum and explore the intersection of natural language processing (NLP) and machine learning. For the 2018-2019 school year, 10 universities were selected for the Alexa Graduate Fellowship to foster conversational AI research and education, and another 10 universities were selected for the Innovation Fellowship to inspire student entrepreneurs to enhance their products with voice.

Amazon has also created The Alexa Prize which is a $2.5 million university challenge to advance conversational artificial intelligence and the competition is accepting team applications through May 2019 with the competition beginning in September 2019.

While Google and Amazon are very happy to open up their devices to colleges and universities, our informal survey with a few of our clients indicates that most situations are one-offs for particular classes and professors and there is not (yet) a wave of adoption “sweeping the nation” as these companies are leading the world to believe.

While it appears that virtual digital assistants will have an increasing impact on higher education in the future, the current implementations are focused on everyday student needs and not on integrating with the curriculum or research.  The technology and integration with artificial intelligence needs to greatly improve and the issues of privacy need to be addressed before adoption reaches a critical point in the higher education market.