Consultants in Conference Rooms Getting Coffee: An Interview With Joe Williams 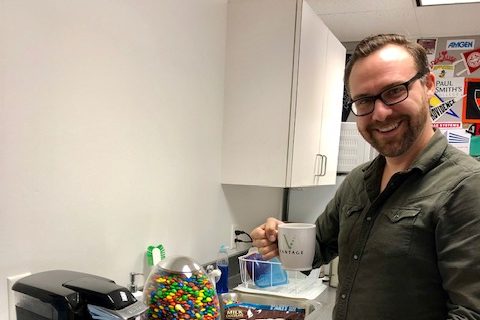 Consultants in Conference Rooms Getting Coffee: An Interview With Joe Williams

In our newest installment of Consultants in Conference Rooms Getting Coffee, Consultant Joe Williams shares how he got started in the technology field, the projects he’s working on for Vantage, and what he does outside of work. Get to know Joe below. 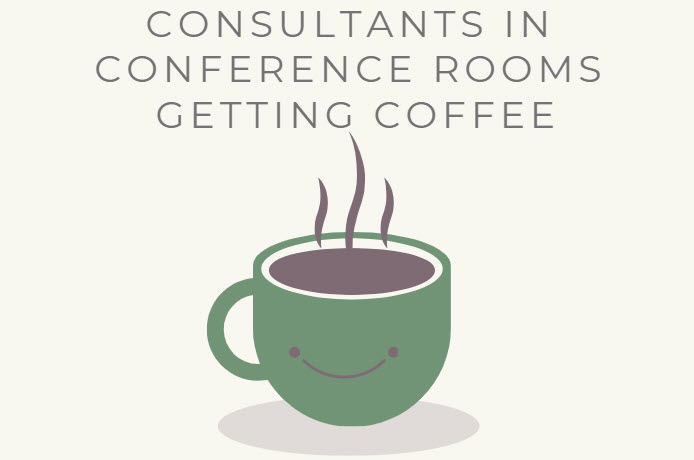 What is your background (where are you from, where did you go to school…)?

I grew up just south of Boston, so I consider myself a Boston native. I have been interested in technology since I was young. I gained my knowledge by being a musician and learned music technology by working on recording technology, audio systems, and live sound systems. I went to school at the New England School of Art in Brookline where I studied Audio and Media Technology. I learned about the physics and science behind audio sound, and enjoyed putting the pieces together and connecting the dots to make systems work.

I was working at a music shop while attending college which rented sound equipment to the music director of The Beehive Jazz Club. I asked the manager if I could be the sound engineer at the club,  and it was such a great experience for me. I worked on the sound systems, and since I’m a drummer, I got “free” drum lessons every night from being able to watch drummers like Grammy Award winner, Mark Walker.

Then I started working on the sound technology for larger live venues; I was on local crew for a Kenny Chesney concert and worked on showcase exhibits and large conference halls. Then I went into designing and project-based work as a technology engineer for Partners Healthcare.

How did you become part of the Vantage team?

After Partners, I worked at RDK Engineers, a MEP firm, in their technology group. I came over to Vantage with Philip Clendaniel and Ashley Woodward in November 2017.

What do you do at Vantage?

It’s hard to explain, but to simply put it; I work with architects and planners to put technology into buildings.

I work with architects and planners to put technology into buildings.

What were some of the projects you’ve worked on recently?

I’m working on O Street, which is a high-efficient sustainable office building in Sacramento. I’m the Project Manager for the Easthampton Public School project. The public-school projects are something I’m really interested in because I love creating an amazing environment for the younger minds who will be our next-generation leaders. UCSF Neurosciences Building is a research neuroscience facility and we’re implementing a lot of advanced AV systems throughout the building. Another project that is just starting is the Altgeld-Illini Math and Data Science Center at The University of Illinois – Urbana Champaign. This is one of the first academic buildings dedicated to data science, so I’m excited about that. I’m also working on The New Valley Health Hospital project in New Jersey which gets me back to my healthcare roots and where I can really contribute to the design team since I worked on the client side with Partners Healthcare.

You’re working on a variety of projects. Is there a difference you see between projects?

I think there’s a difference in where the projects are located and not necessarily the type of project it is. Integrated Project Delivery, or IPD projects, are more prevalent on the West Coast and I’m hoping to see more of that on the East Coast. The flow of information is a lot easier with IPD since information is shared with the entire team. 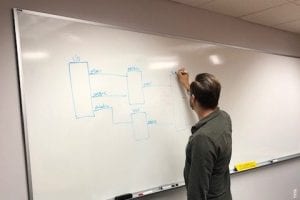 Outside of Vantage, I’m working with the Boston Society of Architects on a committee called MakeTANK. The goal is to create a collaborative environment of builders and designers within the community. To gain community awareness, the first project is to build a 3D printed model of the Boston metropolitan area using projection mapping technologies to overlay data visualization information over the city. For example, we can see what temperature differences across the city are or pay disparities between neighborhoods. We’ll present an update of what we’ve done so far at the ArchitectureBoston Expo in November.

What do you like most about working at Vantage?

I like the humanity of the company as the culture is to support that we are humans first. We care about the work we do and about each other which makes me feel very supported here. 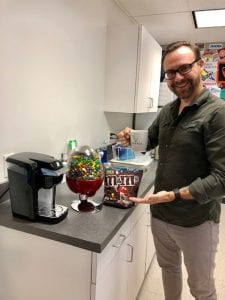 What do you do for fun outside of work?

I enjoy a lot of things. I’m a drummer, music producer and I also play some ice hockey. I just started training yesterday for a half-marathon that’s coming up in October. I also like building electronic/mechanical Halloween props. Last year I built a 7-foot tall Grim Reaper with a telephone system so I could control and talk to the trick-or-treaters from inside my house.

What’s a fun fact about you many people may not know?

I played drums in a boy band when I was a teenager. We had a bassist and guitarist and were auditioning a lead singer. We rehearsed about a couple dozen times, then our manager had to go on a business trip. We never heard from him again. So, we rehearsed but never had a gig. It was disappointing because the type of music we were playing ended up getting really big about 2 years later with groups like The Hives, The Strokes, and Vampire Weekend. 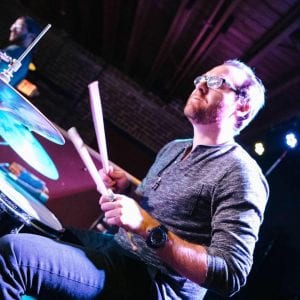 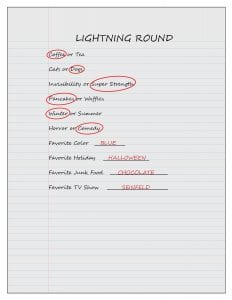 Healthcare Design Question – What’s the Impact of Telehealth on the Design of Exam Rooms?

Healthcare Design Question: What’s the Best Way to Assign Patients to the Next Available Room?