What Goes Up Must First Come Down 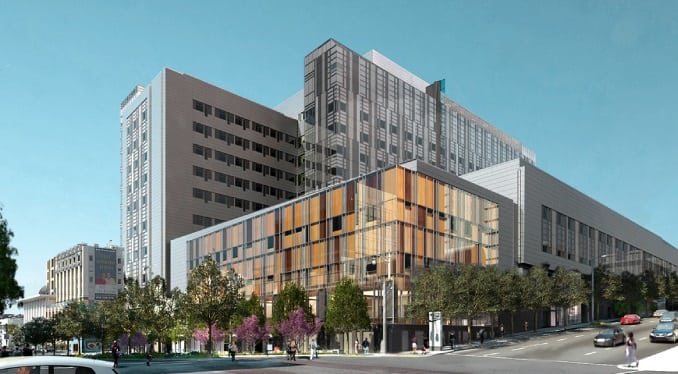 What Goes Up Must First Come Down

On October 22, 2014, representatives from Vantage Technology Consulting Group joined Sutter Health, HerreroBoldt, SmithGroupJJR and the rest of the Integrated Project Delivery Team to celebrate a major milestone: the “Bottoming-Out Ceremony” marking the end of excavation at their busy Van Ness and Geary Campus construction site in San Francisco.

The historic location, which occupies a full city block encompassed by Van Ness Avenue, Geary Blvd., Post and Franklin Streets, was once the site of a major luxury hotel. It is currently being transformed into what will be one of the leading medical facilities in San Francisco when it opens in 2020, operating as a part of Sutter Health’s California Pacific Medical Center (CPMC) group.

One of the largest private, not-for-profit medical care facilities in California, CPMC operates four of the oldest medical centers in San Francisco, and they’re busy creating the newest and most technologically advanced – with the help of Vantage consultants.

The formal ground-breaking ceremony for this project was held early in 2014. But before CPMC officials could actually put a single shovel into the ground, they had to remove a fairly sizable impediment: the Cathedral Hill Hotel, along with roughly 120,000 cubic yards of earth underneath it.

The location has a long and colorful history. Once known as the Jack Tar Hotel, the building – which consisted of 445,000 sf of floor area – occupied the entire block. Its 403 rooms and 450-car garage stood 10-stories above grade at 176 feet. An attached 11-story office building added another 210,000 sf of floor space. 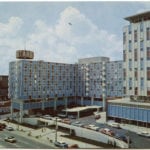 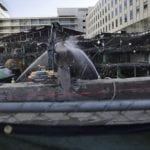 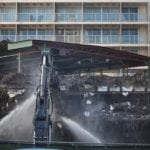 When it opened in 1960, the Jack Tar (a nickname given to old-time British sailors) was hailed by its owners as “the world’s most modern hotel.” It was the first SF hotel to have air conditioning, there was a swimming pool and ice-skating rink on the roof, and its brightly lit revolving sign became something of a local landmark.

Part of a chain of similarly named resorts , the Jack Tar was even featured in the acclaimed Francis Ford Coppola film “The Conversation” before being sold and renamed the Cathedral Hill Hotel. It operated under that name from 1982 until it closed permanently in 2009. Removing such a sizable building located in one of the busiest areas of the city was a formidable task that required careful planning – and a was occasioned by a lively celebration upon completion. 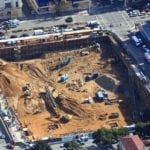 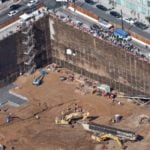 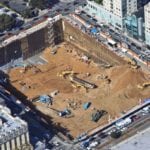 Now that the demolition and excavation of the site is complete, work can commence on construction of the new medical campus. We’ll describe the new facility in much more detail in future posts, so check back often. Vantage News will also report on progress at the CPMC St. Luke’s Campus Replacement Hospital project as significant milestones are met. 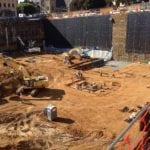 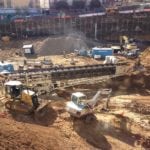 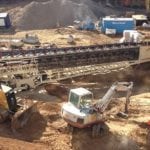 A fascinating time-lapse video of the demolition and excavation, and real-time views of current work underway at the site, are available at: http://vng.cpmc2020.org/construction-cameras-chooser

An Exercise in Educational Self-Improvement