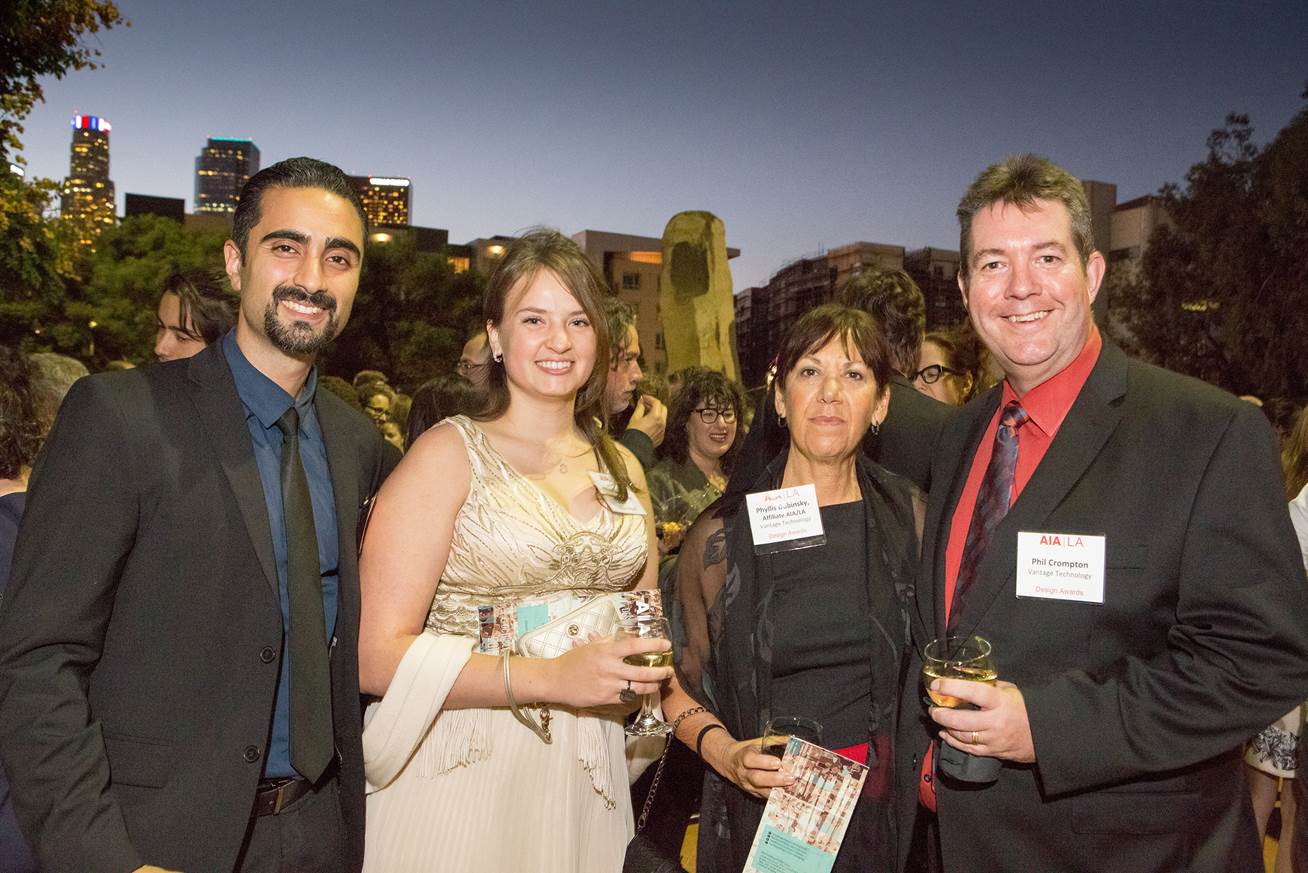 Vantage Technology Consulting Group is pleased to be a supporter of the Los Angeles Chapter of the American Institute of Architects (AIA) this year on a number of fronts.

As a Sponsor of the AIA|LA, Vantage was particularly pleased to receive the AIA|LA’s support and recognition for our inaugural “Technology Tuesday” program that was held in May of this year at Vantage’s El Segundo office.   This “Test Drive of the Future” enabled attendees to experiment and interact with cutting edge technology systems and applications to determine how “project-ready” each system really is.  The event was a wonderful success with a great turnout and will now become an annual event.

Vantage also was a sponsor of the second installment of the AIA|LA’s POWERFUL program, a program that was initiated this year focusing on the role of women in Architecture.   Vantage’s Phyllis Dubinsky and Alexis Diamond were pleased to be in attendance as friends and colleagues shared their stories and goals for reinforcing diversity in architecture and related design and building fields.  Trained as an architect, Alexis felt particularly at home with several colleagues who attended who, not unlike herself, chose to apply their strong analytical skills to the engineering side of the architectural world.

The agenda for POWERFUL, tag-lined “More Powerful Together” was based on ideas contributed by participants themselves during a pre-event dialogue amongst an array of women at different stages of professional attainment.  The symposium was intended to increase the recognition, influence, and participation of women in the profession.

This second installment of POWERFUL was part of Los Angeles’ month-long celebration of architecture and design, LArchitecture month, leading up to the 2015 AIA|LA Design Awards on October 29th.   There are plans for POWERFUL to continue in 2016.

Vantage is thrilled to be a part of these events and forward-thinking ideas for the AIA.

AIA|LA: The Los Angeles Chapter of the American Institute of Architects – www.aialosangeles.org