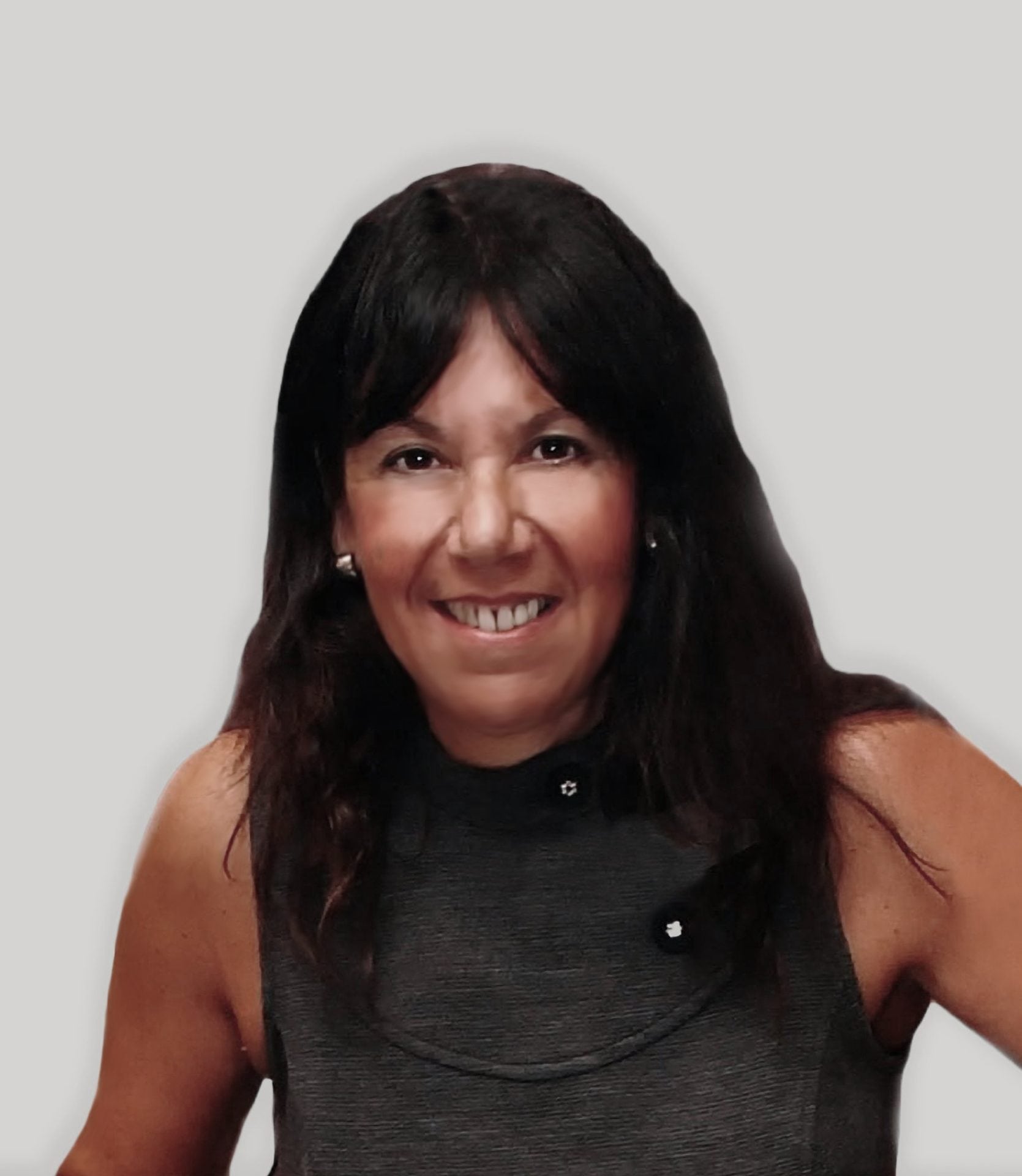 An updated look at M&A in the fields of architecture, design and engineering

I am pleased to have this opportunity to write this follow up piece to an article I wrote 10 years ago for DesignIntelligence entitled “When Merger & Acquisition Promise Fails to Deliver”.

I find myself asking the questions, “Where are they now? What has changed? Do the old models still prevail? Did they accomplish what they hoped to accomplish?”

In some cases the acquired firms did indeed do that. They provided the past owners with a financial way out so that retirement was more attractive, or in some cases provided staff the opportunities to work on larger and/or more interesting commissions; the trade-off being a loss of some identity when absorbed by a larger practice. And finally in several cases — especially with the long lasting recession — acquired firms were saved from disappearing altogether. There were (and still are) many causes for that: the latest economic downturn, bad choices or bad luck, investing too much overseas without a good exit strategy, worldwide instability, etc. In a few cases there are firms that are on their second generation of acquisition.

One has to wonder how that happens. I continue to encounter the issue of late market entry; a problem that causes professional service firms to struggle by entering a market when its business cycle has peaked and started its downward slide.

And the cycles are shorter. Even large technology firms — Samsung, Amazon, Tumblr, Twitter, Cisco — struggle with this trend, though their acquisitions are often far more rewarding; and knowing when to leave (or not go there) has become an art.

And it works both ways. MySpace’s original founders fared quite well; News Corporation did not, and the jury is still out on its latest iteration; though Justin Timberlake and others acquired the site for very little and brand recognition may be useful. The point: too many wrong decisions will land you in the fire sale department. It’s just not sustainable.

The other side of the equation also warrants review. Have acquiring firms gained what they had hoped for? Size, often yes; they are usually bigger, though more often — especially from the larger firms — will eliminate duplicate roles from the acquired firm, sometimes sacrificing strong talent. One year and you are out, and the usual (and unfortunate) exodus of key staff still exists. The less defined the vision and strategy for the acquisition, the more likely key people will leave in the first year or two.

I recently had a discussion with a long-time colleague who I worked with at one previously acquiring firm and her comment about her current (very large) firm was “We act like a bunch of acquired firms.” While that is only one comment, the sentiment is prevalent in many organizations. The challenge to weave cultures together is still an issue. It’s a critical component, particularly for firms existing under one umbrella. While the desire to offer certain services or exist in certain locations is understandable, the effort must be made to act like a more cohesive unit. The value add is carefully marrying the cultures or cooking them together to create something more interesting and compelling, not the discreet silos that still seem to emerge.

The design practice within in a practice that I wrote about 10 years ago still exists. The practice has gotten the opportunity to do some very creative work with interesting clients. Any obstacles seem more internal. Supporting two different cultures may be fueling an unnecessary competitive nature. This is the tension between the haves and have-nots that I mentioned in the past. Has this achieved the level of design status that the firm desired or only this group, which functions under a different studio name within the larger firm? The jury is still out.

All this said, there are some new models that are interesting and emerging. They may be the ones to watch now, offering more agility in an economic environment that demands it, and likely will in the future, and allowing brands to remain potent enough to add the intended value that acquisitions often bury.

The first model is not all that new, but it is becoming more frequent. Using a technology term, I have called this strategy “podcasting,” though it’s obviously not the traditional use of the term. This is clearly not a literal translation, but represents a change model that brings over two to three key leaders into a new firm to establish a local presence, match the cultures of the “pod” with a firm that fits better, thus filling a need or desire for a firm to play in a new (market) arena. I use those words in particular because over the years, many of the sports practices in large firms have been started by pods of people. Stemming from one older line engineering/architecture firm (HNTB) out of Kansas City, several of these firms developed over the years, often by the same few people. Some of these firms sustained the practice, but even then the pod moved on. At least two of those firms that had these practices have since been acquired themselves, and another firm pulled away from its roots to form its own related entity.

Now podcasting has taken on a bigger role outside of that highly defined market.

Top leadership, usually two or three people, will join a firm and start a local practice, bringing a missing component (market entry, or design) as well as established relationships. There is a great upside on both sides; the leadership forming the new practice has operational and financial backing behind them, with accountability, of course, but it is much less of a risk than starting on their own. The larger firm gets the talent they are seeking with far less financial risk and far less legal entanglement. The firm that loses the leadership, hopefully, does some soul searching and strategic planning before it takes its next steps. These moves are usually more transparent than people realize, as the firm losing the leadership in hindsight can often identify and detail the signs of dismay.

The most intriguing model that has emerged and may have a greater chance of success are the very visible joining of firms that are either ongoing joint ventures or other legal marriages, but far short of an acquisition. I have been following with great interest the joint venture between CO Architects and FXFOWLE. CO, which formed its practice from the previous Anshen & Allen office in Los Angeles, has been renowned over the years for its very high quality institutional work. They have successfully taken this practice all around the United States. FXFOWLE, a result of acquisitions in the past, has a strong reputation in New York City and Washington D.C., and internationally, as well; in commercial and residential development and in transit work (on a more national basis), and, to a lesser extent, institutional work. They have a strong base in NYC (a place sometimes overwhelmed by its own politicking) and have created a vibrant practice. Both firms have been successful on their own and in teaming with others.

This new model of practice brings the strength of each individual firm to each other’s geographic base. They are learning the politics of each other’s markets; they are balancing each other’s expertise; and they are carefully reviewing joint opportunities before they go forward. They are also not married — to use that same analogy — to each other, and in outlying geographic areas it appears, so far, that they are free to team with others as necessary. That has the potential to confuse the message, unless they are clearly on point with what they will pursue together and what they will not. The venture is about two years old now. CO|FXFOWLE have won at least one project together — the impetus for this venture — and continue to deliver their message in key places. This model seems to promote an inherent respect between the firms, and allows for much-needed agility in a market that is both recovering and demanding a greater level of expertise.

A second and similar venture, which recently revealed itself as a Partnership, is that between Zimmer Gunsul Frasca (ZGF) and Cotter Architects, Inc., the latter of which is located in British Columbia. The new venture called ZGF Cotter Architects, Inc. is the next step in a line of several previous collaborations in Canada. They have recognized the chemistry between the firms and seem to balance each other’s strengths, filling needs on several levels; so seemingly, a culturally strong fit. Announced just this past month, this dating period could indeed result in a successful marriage.

This model, represented by these last two examples may be the most promising yet. In the end, one firm acquires another and they join their practices under one umbrella. If they allow the initiative to germinate, they may have truly discovered ways to carefully weave their cultures together and capitalize on their respective strengths embedded in a common understanding. Or they may choose to be quasi-independent and strategically opportunistic in their approaches to the marketplace, only working together when desired. The market will likely put this to the test.

The jury is out for now, but it is encouraging. Perhaps firms can learn that they do not need to shed leadership or lose staff — a common problem in previous acquisition models — and take the time to carefully knit them together, where the whole is truly greater than the sum of the parts.

Ahead In The Clouds