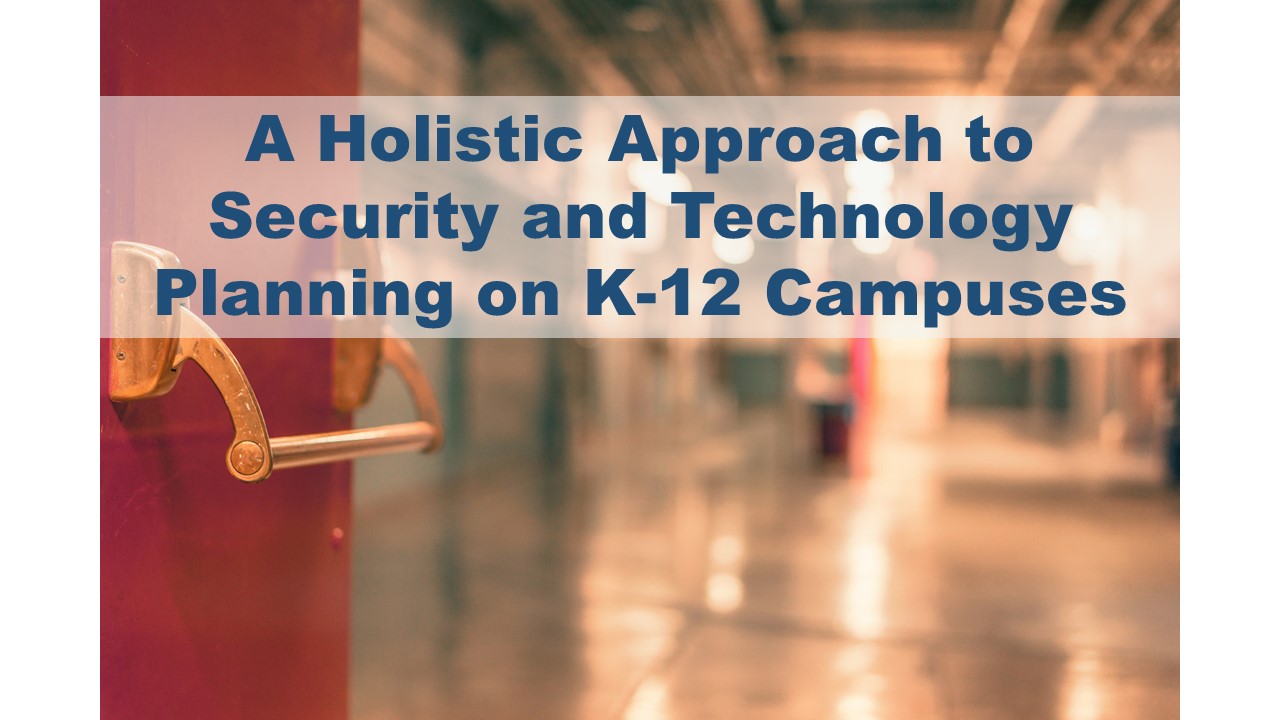 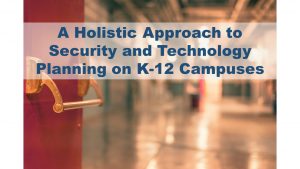 The K-12 community faces many challenges: tight budgets, strict schedules, and resource limitations to name a few. One-off solutions are implemented to adhere to these challenges and larger context conversations are forgotten (or unable to take place), creating a cycle of singular or patch-work solutions rather than establishing standards and protocols that would benefit the campus or district long-term.

When planning for security and technology infrastructure and systems, it is essential to think holistically from personnel to processes, to products and procurement and establish a campus or districtwide approach. The following are some key concepts to consider when planning for security and technology through examples of how we collaboratively implemented them as the trusted advisor for the Santa Monica-Malibu Unified School District: 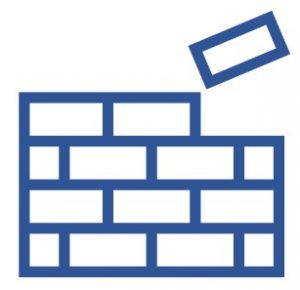 Establish a Strong Foundation. When it comes to technology, the proper infrastructure is one of the most important factors to set the correct foundation for your future implementations. While Vantage embarked on a video surveillance project to help the District decide what camera platform would serve their new buildings and existing campuses (some of which had existing disparate camera systems), we meticulously assessed the existing technology infrastructure and IT spaces at every school and District site.

Having become intimately familiar with the infrastructure at all sites, Vantage identified the need for an upgrade to Santa Monica High School’s campuswide fiber infrastructure as well as several IDF rooms at different schools. This was done not only with the new camera system in mind, but from the perspective that other new technologies would likely be implemented later and setting up the proper infrastructure today would set the District up for success in the future. 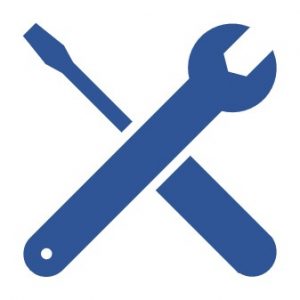 Leverage Existing Construction Projects. Existing building projects present opportunities to make technology decisions that could create momentum or set the platform for future technology options on subsequent projects. If one chooses thoughtfully, your future technology vision can be facilitated; make these decisions in a silo and your future options may be limited or challenging to implement. We identified the Discovery Building project at Santa Monica High School as an opportunity. This five-story, 280,000 square foot learning complex required us to design audiovisual, paging, video surveillance, and access control systems. This was an important opportunity for us to help the District make decisions that would be flexible while the overall Technology Vision was still being created.

Vantage ensured that the systems chosen would integrate with the existing campus’ systems, be non-proprietary, and would not pigeonhole the District in terms of technology functions and capabilities. Though some of the specific product decisions were not complete, the work on this project informed us of what new systems could be coming next to other campuses as well, allowing us to aid the District in thinking of an implementation road map for the new technologies as a whole. As the design effort went on it become clear that technology was not only becoming an integral part of the vision for this building but that this new major project would serve as a beacon for future construction projects as well. 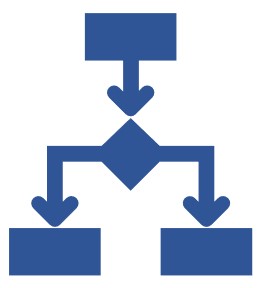 Discuss Operational Goals. Implementing new technologies not only affects the equipment being installed but also the operations they need to support or the new processes that need to be created to integrate these new systems into daily operations. Vantage communicated that there were operational factors that needed to be thought out when choosing the different types of technologies, most of which have effects beyond a singular building project.

For example, when it came to access control, our efforts were not just about choosing a card reader and door lock for the Discovery building, but more about how users and the District envisioned interacting, using, and securing doorways here and across the campus. Things like how would keys and badges be issued, what resources were available to support the new access control technology, and what level of interest was there for utilizing this system for other purposes such as intrusion detection or even room occupancy and utilization metrics. Understanding the operational goals allowed us to provide better recommendations for all the technologies being considered and lowered the barrier to successfully implementing these technologies with their users. 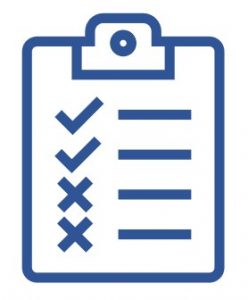 Through these projects, lessons learned were discovered and later implemented into the larger official rollouts for these technologies. The District was able to get hands on experience, which also informed us of unique system programming requirements needed for these systems in the next round; details normally discovered during installation would now be known prior to the commencement of the upcoming projects. 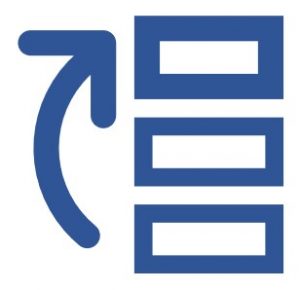 Prioritize but Maintain Long Term Goals. Often with many pressing issues that need to get addressed, it is easy to slip into troubleshooting mode and want to fix the problem at hand before thinking of the next one. However, maintaining sight of long-term goals will benefit you in the long run, whether it be by lowering the total cost of ownership of your systems or by simply making achieving your technology vision a quicker reality with less hurdles.

While assisting the District in choosing a video surveillance platform for the Discovery Building, Vantage impressed upon them the value in making this a districtwide effort, choosing a platform that would work across all schools and one that also supported their future vision of integrating multiple other systems onto one platform. This would eliminate the risk of having another construction project implement a system that would not be compatible with the Discovery building and leave the District with multiple different systems they needed to understand and maintain.

Encourage Cross-Department Engagement. Reaching across departments will give you input from different perspectives and from different types of users that may be affected by the choices in security and technology systems. This input can be invaluable in helping you make decisions. Remember, technology is not just about the equipment, but it also has operational implications. We want to ensure that the systems chosen in fact support the goals of all faculty, staff, and students. It may be challenging to bring everyone to the table so we can leverage past efforts that have harnessed these different viewpoints.

For example, while working on the audiovisual and classroom collaboration systems for the Discovery building, we leveraged our knowledge of the District’s Education Specs which we helped author in a past project. Then, during the security project’s design meetings we obtained the input of Facilities, principals, and the procurement department to ensure that the recommendations provided make sense for everyone that will interact or benefit from these systems.

Bonus: Look for System Integration Opportunities. This will be a topic for a future blog post for us to dive into in detail, but it is more critical today than ever before to ensure that we look for opportunities where the different security and technology systems could integrate with one another. This approach could lessen the amount of infrastructure required and increase the amount of data and functions that your systems could provide.

For example, where a disparate intrusion and paging system could only function independently, perhaps an integrated system could be leveraged to sound audible alerts over the speakers if an intrusion is detected. Similarly, an integrated access control and audiovisual system could be used to analyze utilization of your spaces and know what space types are most used and which ones may be considered for re-purposing.

All of these distinct efforts conducted with the District led to a series of District-level conversations about ways in which they were executing on their educational masterplan and when taken as a whole, these efforts offered opportunities to standardize on technology. This allowed us to engage the District in conversations about cross-system integration opportunities meant to leverage the systems going in to create new features out of the same technology. Though there is still more work to do and decisions to be made, the District is now in a better place where they can see the bigger picture and have a path to move forward. 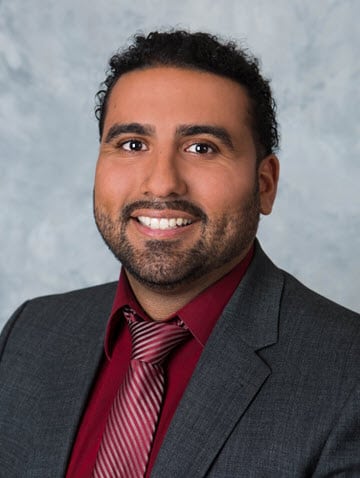 This post was authored by Michael Niola, Associate Principal, and leader of Vantage’s physical security practice. Michael is a board-certified Physical Security Professional (PSP) and holds a certification in Crime Prevention Through Environmental Design (CPTED). Connect via Email or LinkedIn with Michael.