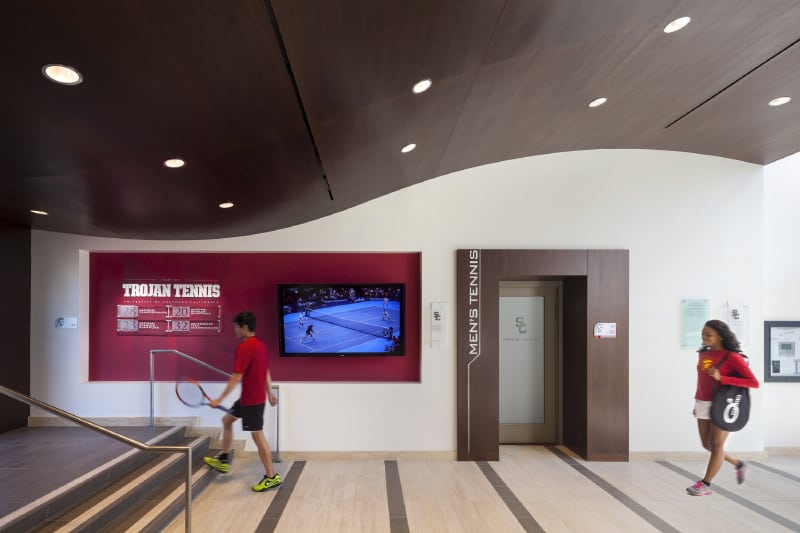 The sessions are automatically live-streamed and hosted on the PlaySight cloud where coaches, players and teammates can review and share stats via the web on a smartphone, tablet or PC.   The video and analytics can also be viewed immediately at a courtside kiosk with zoom, slow-motion and camera switching controls.  The streaming system shows all courts and match scores using data captured from the scoreboard system so fans can log in and watch games live, in progress.

Read our blog post on the Marks Tennis Stadium.