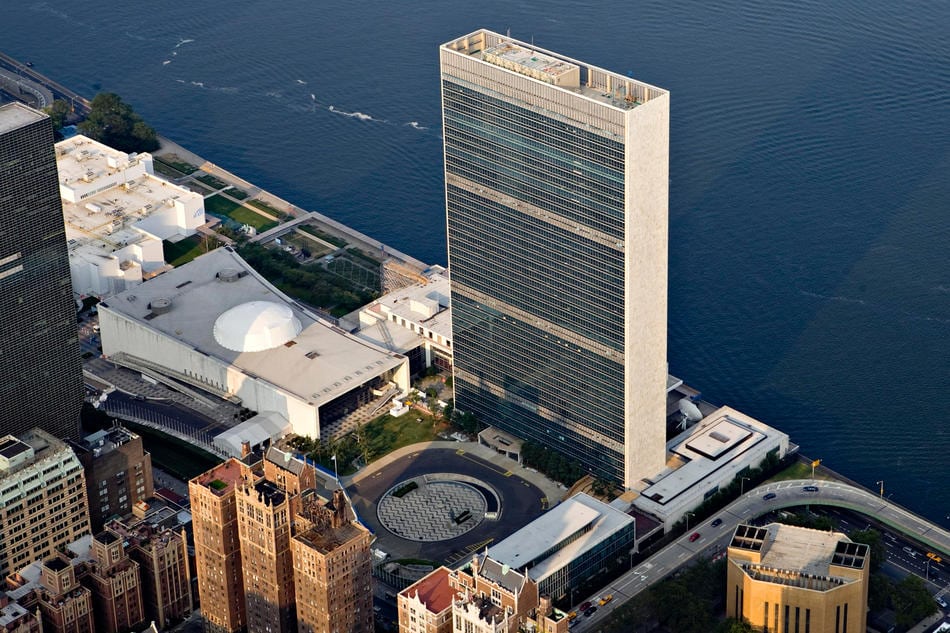 The Conference and General Assembly Buildings are two parts of a larger, multi-year, $2.15 Billion campus-wide refurbishment of the United Nations Headquarters complex.  Vantage worked closely with all stakeholders to envision, design, and deploy technologies that are part of a master plan for the entire campus.

The Conference Building primarily supports the work of the UN’s ceremonial and deliberative bodies.  Reopened in 2013, the building includes innovative presentation, congressional/conference, simultaneous interpretation, and broadcast/recording systems integrated into each of the 3 ceremonial chambers, 3 large 250-seat conference rooms, and 2 medium 30+ seat conference rooms.
The Conference Building also houses the centralized “PBF” (including broadcast studios, media asset management/archival system, post-production suites, and a technology command/control center) which interconnects all systems across the campus and out into the world.

The General Assembly Building, most noted for the famous 2,000 seat Plenary Hall, was reopened after 2014.  The renovation included forward-thinking presentation technologies designed to integrate with and complement the historic mid-century architecture.