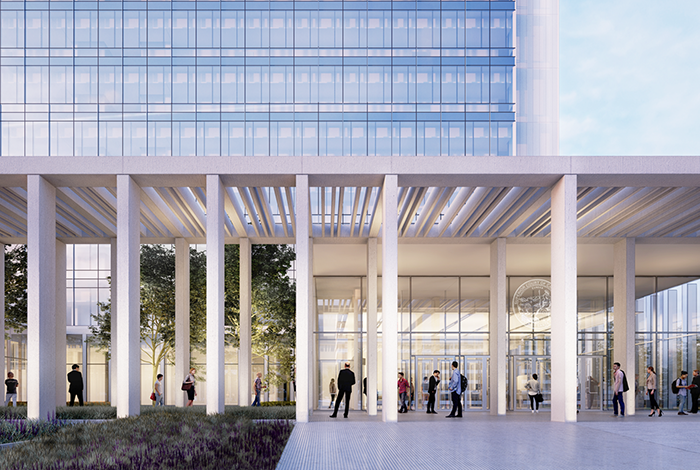 The Judicial Council of California (JCC) is the policymaking body of the California courts, the largest court system in the nation, and oversees the superior courts of 58 counties. In February 2019, the JCC approved plans for a new Sacramento Superior Court to replace the aging Gordon Schaber Courthouse long seen as unsafe, overcrowded and obsolete.

The new 17-story, 538,000 SF, $490 million building will house 53 courtrooms, jury rooms, holding areas, justice chambers, administrative offices and support areas. The project will be built under a Construction Manager at Risk (CMAR) delivery method with NBBJ as the architect and Clark Construction as the contractor. Vantage will be responsible for all system design and architectural/engineering design support for the IT technology and infrastructure, security, audiovisual, telecommunications and distributed antenna systems.

The design team and stakeholders worked closely with the community as it was important to gather local input to build a facility that will fulfill judicial needs and maintain community culture.

The facility will house all criminal cases and allow for the separation of civil and criminal cases. Due to the severity of the criminal cases handled by the court, integrating the latest security in the facility is a high priority. Secure holding areas, specialized access control, video monitoring, and security checkpoints are some of the planned technologies to secure the facility.

The courthouse is designed to be LEED Silver certified. Construction is estimated to start in February 2020, with an anticipated completion date of April 2023.

Project renderings are courtesy of NBBJ and Motiv.