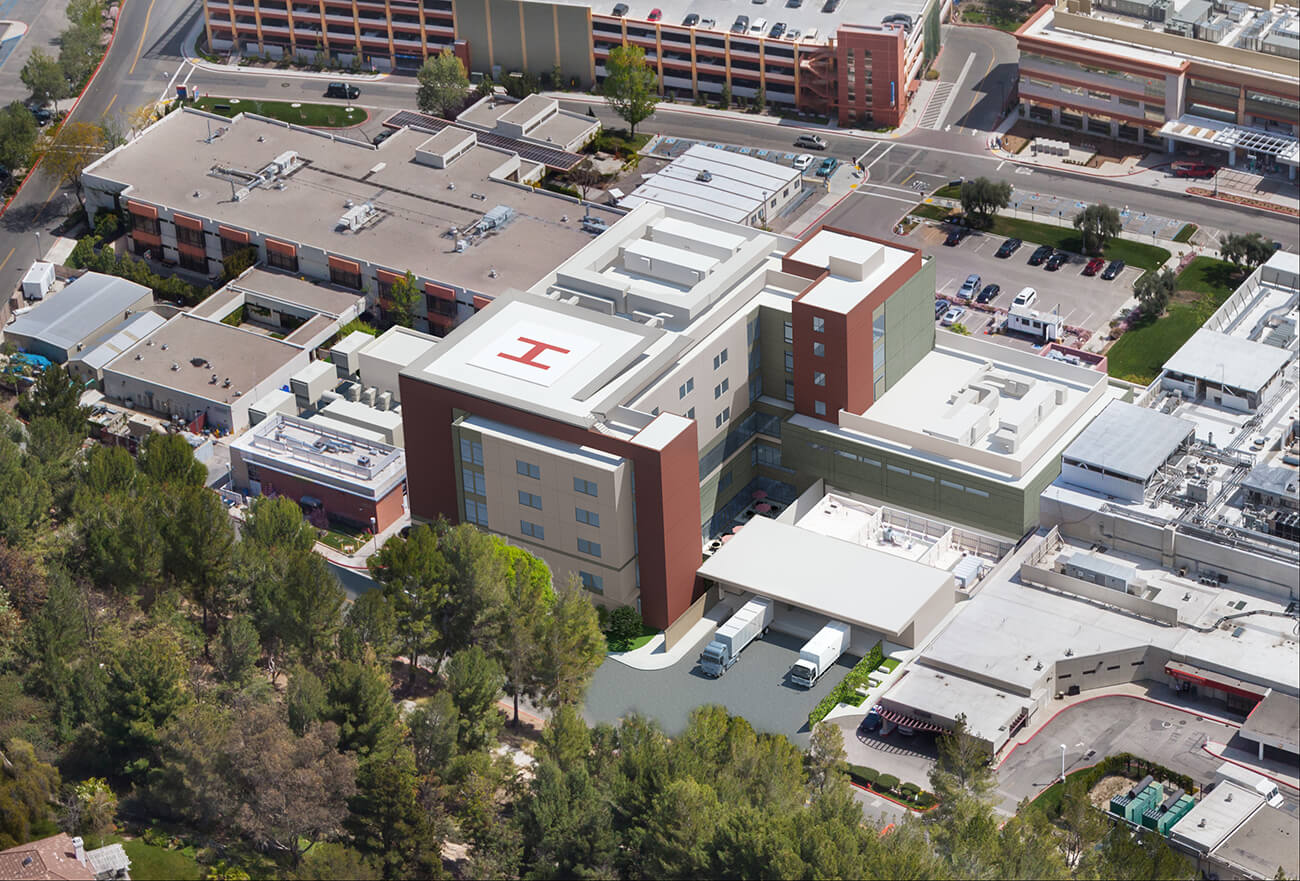 Originally established in 1975 to serve a mostly rural agricultural area with fewer than 10,000 residents, the hospital now serves a population of more than 300,000. In 2008, hospital administrators and local officials realized that the projected population growth would overwhelm the existing facilities. To address future needs, a 15-year master plan was created by the hospital and approved by the Santa Clarita City Council. The crown jewel of the plan would be the construction of a new patient tower.

The new patient tower is expected to be completed in 2019.